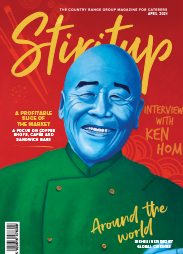 Breaking down the barriers to ‘nose to tail’ dining

For decades, ‘nose to tail’ dining has been a way of eating, but perceptions need to change before it becomes mainstream.

Chef Dan Shearman has set up Carcass Cartel, a group of talented chefs, which aims to change perceptions of this method of cooking. Dan describes it as “the respectful way of eating every edible part of an animal from nose to tail and everything in between.”

The benefits of ‘nose to tail’ dining is a reduction of unnecessary food waste. “It’s without argument a more sustainable way of
eating meat. I’m a chef not a nutritionist, but the nutritional benefits of eating more of the animal is also well documented.”

According to Dan, the main barrier is the connection between parts of an animal and that of our own bodies. “Serve a steak and call
it ‘ribeye’ and it’s fine, but serve tongue and it’s often met with consternation. People simply need to get over that and realise that cuts like these are delicious when prepared in the right way.”

When Dan moved to London from the countryside 16 years ago, he was disappointed in the lack of creativity when it came to offal and lesser used parts of the animal. “By that, I mean cuts outside commonly known offal such as bavette, onglet, cheek, shin and neck,” he adds.

He bought a truck and hit the streets of London selling modern, ‘nose to tail’ cuisine. “That became a platform for my private catering and the birth of The Carcass Central. I formed a group of chefs and we put on some Carcass Cartel special nights demonstrating whole animal cuisine.”

Carcass Cartel is made up of a team of talented chefs, but Dan wants to encourage more members – “this isn’t a clique, it’s a club,” he says, “and the more member supporters who are doing things to modernise and elevate this way of eating can only promote more people to cook ‘nose to tail’.”

“We’ve had the rug pulled out from under us with COVID-19 but we’re planning the next event in Cornwall this summer. I can’t say too much at the moment but think sea, sand, meat and fire!”

To find out more, including accessing some amazing recipe inspiration to get you started, visit www.carcasscartel.com

If you’re planning to introduce ‘nose to tail’ dining, Dan suggests adding some of the perceived unapproachable cuts to your menu as specials.

“Get creative – you will see what the winning dishes are and the margins will look a lot better than the ‘prime’ cuts. If you can, buy in the whole animal, break it down and use
it all. Butchers and suppliers will usually be able to do that on your behalf including storage if you don’t have a huge ‘walk in’ to store the carcass.”

We've got some exciting giveaways this month in Country Club! We're giving away a De’Longhi Dedica Style espresso… https://t.co/vs42SOiEA0
We got the chance to sit down with legendary chef and OBE Ken Hom. He even gave us his recipe for Cantonese pressed… https://t.co/aID6t1J0CP 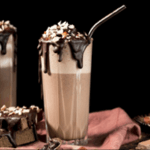 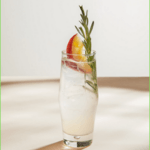 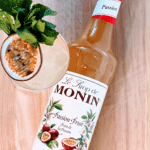