The Craft Guild of Chefs has announced the winners of its 2019 Honours and Awards during its Annual General Meeting.

The awards recognise exceptional commitment and outstanding contributions from its members over the past 12 months. All winners were nominated for demonstrating excellence in the chosen categories.

Andrew Bennett, chairman of the Craft Guild of Chefs, said: “As an association supporting all chefs, whether they be apprentices starting out or established professionals, it is extremely important for us to acknowledge and appreciate their excellent work. Our Members Awards gives our members a chance to nominate their peers for all their hard work over the last 12 months.”

There was a twist to this year’s chairman’s award. This was awarded to Andrew Green (pictured), chief executive of the Craft Guild of Chefs. As the main organiser of the Guild’s AGM and awards, to his knowledge the award was going to another Guild member, but chairman, Andrew Bennett plotted with the help from other members, to surprise and honour Andrew Green with the prestigious award.

Andrew Green shared his delight by saying “I am very humbled to receive this year’s chairman’s award. During the announcement of the award, the script I had written for the compere suddenly changed and to my disbelief, I was called to the stage to receive this award. I wasn’t expecting it at all. I am still utterly shocked and amazed.”

He added: “I have worked with Andrew Bennett for many years and to receive this award under his chairmanship, is an honour. It is nice to be recognised by your peers for the work you do. I love what my job involves, which is all for the good of the Guild and the industry. Supporting chefs and foodservice professionals is something I am very passionate about.”

Medals were also awarded to members who have been actively involved and have further promoted the aims of the Craft Guild of Chefs. Wayne Harris and Gary Hunter were awarded the gold medals, for their long and outstanding commitment on Craft Guild of Chefs committees, and Bronze award winners were Sion Farrell, Jasbeer Dawar, Craig Miles and Steve Oram.

Andrew Green said: “Many congratulations to Steve. After all the nominations that he has put in, it is only fair that he receives one himself. I am delighted Steve has been recognised and honoured with this deserving award. His work ethic and commitment to the industry is outstanding. He has led chefs in many industry competitions. He is an excellent mentor to up-and-coming chefs, along with established industry professionals.”

An honorary membership award was presented to Paul Nieduszynski, Gary Jones, Jean Kendrew and current title holder of National Chef of the Year, Kuba Winkowski. Each were proven to have rendered outstanding service to the Craft Guild of Chefs. All winners were recognised for their support and ongoing commitment over the past 12 months, and for some over a longer period of time.

Our #CategoryFocus feature this month includes inspiration for breakfast and brunch menus this summer.. Pre-covid,… https://t.co/qB2IF6AdSF
Elongating the trading day and focusing on increasing the spend across all day parts will be crucial to caterers' s… https://t.co/Y3xBfLG6xX 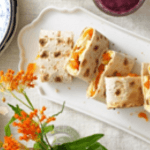 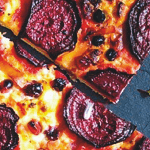 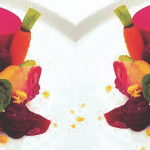