Over half of consumers feel there are not enough vegetarian dishes on menus when eating out, with a third wanting to see between five and 10 options available, new research has found.

The independent study commissioned by Vegetarian Express also revealed that of the 26% of consumers choosing not to eat meat, 14% do so because they are vegetarian, while a similar number (12%) consider themselves to be ‘flexitarian’ – demonstrating that it’s not only consumers turning to a strict diet that are driving the market, but meat-reducers seeking out a way to eat a more balanced diet.

With regards to menu success, when asked which cuisine consumers felt best caters for vegetarians, 41% said Indian, followed by British (28%) and Asian (22%). Mexican and American were both cited as the types of cuisine least likely to cater for vegetarian diets.

Interestingly, Christmas is cited as a key time to capture more of the market with 23% of respondents saying they would like to see additional vegetarian options offered during the festive period.

Will Matier, MD of Vegetarian Express, says: “There’s no doubt about it, the vegetarian market is growing. You just have to look at the number of dedicated vegetarian restaurants opening up on the high street to see evidence of that. If caterers are to compete, they must offer more choice, not just in terms of the number of dishes but also the quality of food. Vegetarians want more than just one or two bog standard dishes to choose between – menus need to reflect this with innovative new recipes, exciting flavours and interesting ingredients. After all, vegetarians deserve the same eating out experience as everyone else.

“For those caterers that take no action now, it’s not just business from vegetarians that they could face losing out on, but also their friends and family – three quarters of people would be influenced on where to dine if they or a member of their party were vegetarian.” 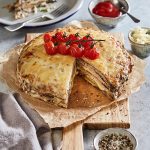 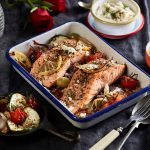 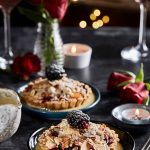