A third generation Italian restaurant business is celebrating the golden age of hospitality – after notching up 50 successful years in the industry.

The Edinburgh-based Vittoria Group started out as a small family eatery – called Vittoria on the Walk – run by Alberto Crolla in 1970. Then, under the leadership of his son Tony, it has grown to include six award-winning venues across the city, along with an outside catering arm and pizza delivery operation. He runs the business alongside his wife Angela and their two sons, Alberto and Leandro, and employs nearly 300 staff.

“We made a great step up from being a small family business in the 70s,” say Tony, who admits it can be hard for the family to talk of anything else. “It’s always tricky to avoid talking shop at home. We all love hospitality. My sons have grown up with it just like I did. It was never a conscious choice but they share my passion and just followed me.”
As well as five of Edinburgh’s most popular Italian eateries, the group also launched Scotland’s largest fish and chip restaurant – Bertie’s – in the city’s old town just over a year ago.
“We already owned the building and had originally been planning to lease it but then we decide to  create a fish and chip restaurant on a large scale – not a posh seafood restaurant but somewhere fun that doesn’t take itself too seriously,” says Tony.

The 330-cover venue has been voted number one for fish and chips in Edinburgh on TripAdvisor and it has also been shortlisted for the Best Newcomer category of the 2020 National Fish and Chip Awards.
This follows a long list of awards for the group, including the ‘Best Italian Business in Scotland’ at the 5th annual Scottish Italian Awards. Tony has also been awarded one of the highest civilian honours from the Italian Government – Knight of the Order of the Star of Italy, known as “Cavaliere” in Italian. The honour is bestowed on foreign nationals and expatriates who promote Italian national prestige abroad.
It makes all the hard work worthwhile, he says. “Hospitality is not an easy gig, I’ve been doing it 26 years this year, and it’s not an amateur sport. It’s a professional sport and it takes up 24 hours a day. We’re open in the evenings and weekends when everybody else is off and even if I’m not at work I’m always conscious that we are open.”

Tony is very keen to give back to the society he grew up in and the Group actively supports Forth 1 Cash for Kids, a charity which has been helping local children for over 30 years, raising £36,372 to date.
As part of this year’s 50th anniversary celebrations, Tony is hoping to set up the Vittoria Foundation, which will support various charities close to his heart, including the Alzheimer’s Society. He’s also planning to bring back a few dishes from the 70s that were served in the original restaurant. “Things like lambs liver and bacon which people loved but don’t have any more,” he explains.

To find out more about the Vittoria Group and their 50th anniversary celebrations, visit www.vittoriagroup.co.uk 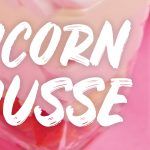 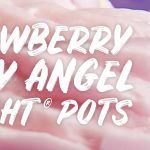 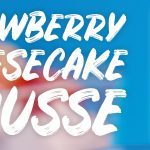