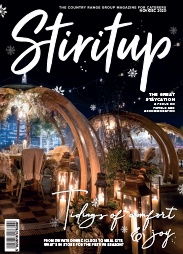 Adam Reid is the acclaimed chef-patron of The French in the historic Midland Hotel in Manchester. Adam is no stranger to cooking beautifully presented plates of food. He cooked the main course for the Great British Menu 2019 banquet with his winning dish ‘Comfort Food Sounds Good’. His dessert ‘Golden Empire’, also made it through to the Great British Menu banquet in 2016.

This dish features on my tasting menu and is intended to be picked up and eaten by hand.

The pig’s trotter and pork belly are braised down into a soup-like caramel until it becomes really gelatinous. The meat is then left to set then chopped up. Meanwhile the cooking liquor is reduced further and folded back through the meat. Finally, it is set in a hemisphere mould.

Raw dough is then used to completely encapsulate the sphere of pig’s trotter, and it is steamed. This creates a hot liquid ‘centre’, and a delicious surprise when you bite into it.

Plate selection I chose a dark brown plate, which is the same colour on the inside as the outside. It complements the colours of the dish but provides enough of a contrast to make it look stylish and appealing.

Bao The steamed bao bun is placed in the centre of the plate.

Pickle Pickled onion purée is spiraled on the top of the bun from the middle out so as not to overload it.

Crunch Next sprinkle with fried crispy onions and puffed pork skins for added flavour and texture.

Seeds After that, add a sprinkling of Nigella seeds, which have an onion seed flavour.

Powder Finish with burnt onion powder (made by cooking onions until they are black and dehydrated).

Upgrade your Beanz on toast 😅!! @HeinzUK have released 10 new amazing recipes for education using their Reduced S… https://t.co/f4sIfMPdjt
#Staycationing has seen a surge this year after many holidays abroad were and still are being cancelled... our… https://t.co/a82zDnprDe 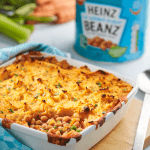 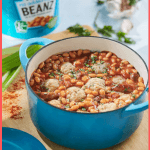 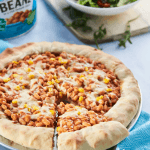