Raised in Skegness, Lincolnshire, Ben only had one thing on his mind following the completion of his a-levels, to leave and head to London. After a spell working for Jason Atherton in Skegness, Ben took the leap and headed to the capital, first working for The Ritz before joining Coast, where he linked up again with Jason under head chef Stephen Terry.

Ben explains: “In the fine dining game, it tended to focus on the elaborate skill and techniques behind preparing the ingredients and dishes but it was only when I left to go to Al Duca, a small northern Italian restaurant, that my eyes were really opened to the ingredients. At Al Duca, it was about feeling, touching, smelling, tasting and really engaging with the ingredients and then deciding the simplest and best way to let them sing. This was the turning point in my career.”

Ben is now the Culinary Director of the critically-acclaimed Norma Restaurant on Charlotte street, which launched in 2019, and the prestigious Stafford London in St James’s, which has the Game Bird restaurant and the American Bar and private dining.

“For my Signature Dish, I’m choosing my Aubergine Parmigiana. Having loved parmigiana for many years, when I opened Norma I wanted to make the ultimate one. This recipe is now the biggest seller on the menu and people often order one in the restaurant and then one to take home! It’s become a bit of cult foodie hit in London. The secret is using burrata.”

A handful of basil, leaves picked

1. Put the canned and fresh tomatoes into a saucepan and simmer over a medium heat to slowly reduce by half. Reserve.

2. Cut the aubergines lengthways into slices about 2cm thick.

3. Heat a large, heavy-based frying pan over a medium heat. Pour in some olive oil and, when hot, gently fry the aubergines slices, in batches, until tender and golden brown on both sides. You will need to add extra oil as you go as the aubergines soak it up quite quickly. When the slices are fried, season well and drain on kitchen paper.

5. Rub the inside of an ovenproof dish (I use a terracotta or a metal dish for a rustic look) with olive oil. Make a layer of aubergine slices on the bottom, then sprinkle with breadcrumbs and a few basil leaves followed by a ladleful of tomato sauce, a burrata ripped into pieces and a handful of Parmesan. Ensure everything is evenly spread, then continue layering this way, finishing with a layer of aubergine. Reserve some breadcrumbs, Parmesan and basil.

6. Bake for 40 minutes or until the parmigiana is bubbling away and the aubergines on top have begun to crisp.

7. Remove from the oven to rest for 20 minutes, then sprinkle with the reserved breadcrumbs and Parmesan, and finish under a hot grill for 5 minutes. Scatter the remaining basil leaves on top before serving. 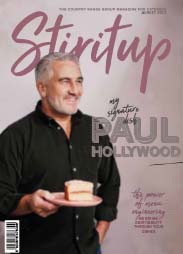 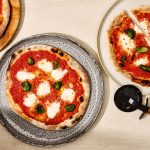 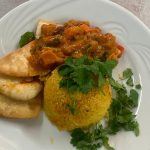 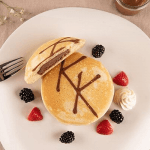