Once considered the underdogs of the culinary world, British and Irish cuisine are now enjoying the limelight.

Consumers are citing ‘provenance’ as one of their top reasons for choosing where to eat out, and the march is being led by the likes of Michelin pioneers Simon Rogan, Clare Smyth and Heston Blumenthal.

SCOTT SMITH chef and co-owner of Fhior Restaurant, Edinburgh All of Scotland’s fantastic shellfish for me are this country’s national treasures, but one which stands out as a king of our coasts is the langoustine. The creel caught langoustines are highly regarded, so much so that they are in high demand around the world for both restaurants and markets. Although they are also trawled, this method produced a quality way inferior, as well as the other environmental damage that may be caused. This once humble crustacean has now become a luxury and is used in so many elaborate ways in restaurant dishes, but for me the best way to enjoy these are roasted simply in a pan of butter, garlic and parsley.

BEN HUGHES founder of Ben Hughes pop up and sous chef at the Goodsshed Restaurant, Canterbury British and Irish food is now amongst the best produce and cuisine in the world. Importantly, so is seasonal food. As people search for comfort food they increasingly search for seasonal British food. I mean what’s more comforting than an apple crumble on a cold night, but it doesn’t quite have the same affect on a midsummer’s day. This time of year my favourite ingredient is rhubarb, perfect in Kent, lightly poached, served with pork for a main course or as part of a dessert. A lovely combination. The balance rhubarb has between sweet and acidic is perfect on a spring evening. Rhubarb is also perfect as part of a fresh salad with some pickled fish. The poaching liquid can be reduced and used as a cordial, so no waste as well!

TRISTAN DOWNES head chef at Craft London Since I was a child treacle tart has always been my favourite dessert. My Nan used to make it for me and the history of the dessert goes back to the 1900s and it’s easy to see why as the ingredients are so accessible – treacle, breadcrumbs, pastry – as much as people try to push it to new heights. To me it is a dessert that deserves not to be tampered with. In my eyes you should stay true to the original, although my recipe includes some thyme, which really amplifies the flavours, and I finish it with a lovely cardamom ice cream. For the full recipe, visit www.stiritupmagazine.co.uk/recipes

JIM MULHOLLAND co-owner and head chef at No 14 at the Georgian House in Comber, County Down
Smoked eel is a traditional Irish dish dating back thousands of years. Ours is fished from the nearby Lough Neagh. A lot of people wrongly imagine that eel will be slimy on the plate but, in reality, it flakes like smoked cod when it’s cooked in tin foil. The fishermen who catch it simply wrap it in tinfoil and barbecue it. Or you can smoke it. We use it in a dish with Lough Neagh Pollan (a freshwater white fish which is only found in five Irish lakes), served with white radish, smoked eel foam, sea purslane and rock samphire. Smoked eel is also delicious in a traditional pâté. Simply whip it up with some horseradish and crème fraiche and serve with soda bread. www.no14georgianhouse.com

ANDREW MCLEISH chef patron of Chapter One Restaurant, Kent For many years I have been an advocate of British food. Especially during the winter months with the plentiful game and winter comfort food available. In more recent years I have discovered some fantastic Irish products. From Irish grass-fed beef to the amazing wild native oysters from the crystal clear waters, I believe there is also plenty more to discover. This year I would expect to see more locally grown and nurtured produce from our farmers who are already doing an amazing job. We should all be looking to source more locally produced products and support our suppliers and farmers.

NEIL COOPER head chef of The Grosvenor, Stockbridge My favourite classic British meal is the Beef Wellington. A juicy seared fillet of beef wrapped in chicken liver pate and mushroom duxelles then parma ham and puff pastry. Cook it to 48°C and leave to rest on the side for 10 minutes. The fillet will continue to slowly cook in its pastry shell to a perfect medium rare… after 10 minutes’ rest, slice away and wow your customers with your masterpiece. The origins of this British favourite are unknown as there are no records of a recipe for the dish in the 19th century. One theory of its origins is that we simply stole it from the French classical recipe filet de bœuf en croute and added some British flair. Wherever this best of British delight originated from and whom can claim its glory is neither here nor there as long as it keeps the juices flowing at family dinner tables and on our restaurant and pub menus forever more.

SARAH LESSER-MOOR brand manager for Lion sauces at AAK Foodservice At a time when global cuisine is all around us, a celebration of British food will call to mind traditional dishes that evoke warm memories. Our new products with improved recipes have been created to combine nostalgia with today’s emphasis on health and cleaner labels. Try creamy Prawn Cocktail Dressing with mixed seafood; or Tartare Sauce with fried whole whitebait or deep-fried calamari, to create modern, internationally-influenced takes on the classics. Blue Cheese Dressing will bring to life individual flans with locally grown broccoli; while Cider, Honey & Mustard Dressing adds a sweet punch to Lincolnshire sausages with mashed Yorkshire potatoes.

GORDON STOTT chef patron of The Purefoy Arms, Hampshire Being in a popular shooting area we source all of our game straight from the local shoots rather than using a butcher. It’s well known that pheasant can be quite a dry meat and is hard to cook and get it right. I think the best way to get the best flavour is to not just cook the breast but to turn the breast into a ballotine. This involves stuffing with sausage meat and black pudding and wrapping in bacon. This will protect the meat from going dry. For Gordon’s full recipe for pheasant ballotine, visit www.stiritupmagazine.co.uk/recipes

TOM SIMMONS owner and head chef at Tom Simmons, Tower Bridge Coming from Pembrokeshire in West Wales, provenance plays a big part in how I curate the dishes for the restaurant. Getting to know producers, suppliers and farmers from across Wales means the best possible produce ends up on the plate. Anglesey’s Halen Môn sea salt, Caerphilly and Perl Las Cheese, Carmarthenshire’s Coal Town Coffee, Pembrokeshire chicken, and of course our incredible beef and lamb, are all used on our menus, helping to bring the amazing flavours of Wales to London. One of my favourite dishes from the restaurant is our take on a Welsh lamb cawl, which is a refined version of the traditional Welsh stew. We brine the lamb shoulder for 12 hours and then slow cook it overnight, so it falls apart. It’s served with a small teapot of lamb consommé and some seasonal baby vegetables. We finish the dish with mint oil and some sorrel. I love this dish as it has all the elements of the hearty lamb cawl, just elevated. 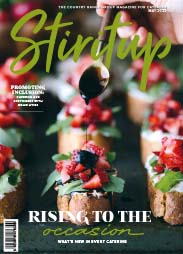 Turning pubs into community hubs. Pubs have always been a prominent part of the local community. @PubistheHub_uk… https://t.co/o8DAwxhmXr
Need some inspo? Check out our food for thought in this month's issue. It's got a varied range of exciting drinks a… https://t.co/s6BowJMNUn 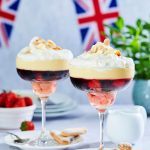 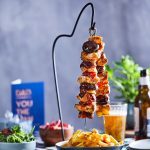 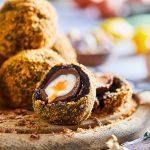