UK Malnutrition Awareness Week (UKMAW), which takes place from Monday 11 October to Sunday 17 October, is organised by the UK’s Malnutrition Task Force (MTF) and Bapen, a charity that works to advance nutritional care of at-risk groups. During the week-long event, their aim is to improve the recognition of malnutrition and to prioritise screening.

Statistics from the MTF suggest three million people are suffering from malnutrition with 1.3 million of them 65 and over, but as a result of the pandemic, this figure is probably higher.

“In most cases, malnutrition is unintentional weight loss and dehydration – they go together, but it’s not always about being thin. A malnourished person can be overweight,” advises Lesley Carter, Programme Manager, Age UK. Food intolerances, reduced appetites, dysphagia, dementia and dental issues are all cited as common causes of malnutrition in older people.

Some of the signs of malnutrition include loss of appetite and avoidance of meals which can lead to clothes, dentures or rings on fingers becoming lose. Fatigue and loss of energy are also common indicators as well as reduced physical performance.

Care homes are able to screen residents monthly using the Malnutrition Universal Screening Tool (MUST) for signs of malnutrition. Residents are also regularly weighed, but if someone is at risk, it may be advisable to weigh them more often.

Communication is vitally important in tackling this condition. Lesley from Age UK says “You need to help older people understand what they need to eat and to have an idea about what they should weigh. They probably don’t buy many clothes and don’t realise they’ve gone down a couple of sizes.”

Care and catering staff need to constantly communicate so chefs can prepare bespoke meals for residents who need to gain weight. Education and training is also essential. “If there’s low awareness of nutrition and special diets for older people among frontline teams, specific dietary requirements can’t always be recognised and catered for. Consequently early detection and treatment of malnutrition is not the norm – and it should be.” Sue Cawthray, National Chair, National Association of Care Catering (NACC).

Sophie Murray, Nutrition and Hydration Ambassador for the NACC adds “It’s important to have qualified chefs who know the residents and have an acceptable budget to cater for nutritious food and drink, who understand the complexities of special, therapeutic diets.”

There are a number of ways to support care home residents suffering from malnutrition, including; tailoring menus, observing residents to check they are able to hold cutlery or more flexible mealtimes and identifying those who may need texturised foods.

“Protein and micronutrient enriched foods can be used to create favourites such as chicken soup or egg custard. Cheese boards can be tempting and buffet-style food with small nutritious bites can be helpful if a resident has low energy. Create a collaborative menu which has taken on board feedback and is built around a nutritious template. This includes not only three meal times but also twilight or night offerings and afternoon specials such as cheese scones or scotch eggs.” Recommends Sophie from the NACC.

If you would like to get involved in Malnutrition Awareness Week, there are plenty of ideas to raise awareness and encourage screening. “It’s a great week with collaboration between various organisations, so naturally its a good opportunity to make residents and the general public aware of this condition.” Says Sophie. 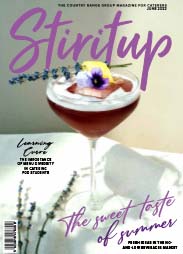 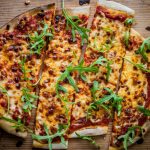