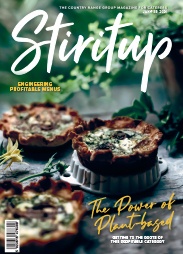 Message from George McIvor, Chairman of The Master Chefs of Great Britain

The Master Chefs of Great Britain was formed in 1980 to provide a forum for the exchange of culinary ideas and to further the profession through training and the guidance of young chefs. In addition, the association seeks to promote all that is best about British cuisine and produce.

One of the first things a commis chef ever cooks with this versatile vegetable is leek and potato soup.

The leek is a vegetable, a cultivar of Allium ampeloprasum, the broadleaf wild leek. The edible part of the plant is a bundle of leaf sheaths that is sometimes erroneously called a stem or stalk.

Properties: Leeks have a mild, onion-like taste. In its raw state, the vegetable is crunchy and firm. The edible portions of the leek are the white base of the leaves (above the roots and stem base), the light green parts, and to a lesser extent the dark green parts of the leaves.

Notes: Leeks need to be washed in at least three changes of running water as sand and dirt are usually found between the layers. If you or a guest get a mouthful of grit that is cardinal sin.

This gorgeous plant-based take on the classic French dish is packed with flavour! The beetroot is accompanied by leek, celery, carrot, mushroom and tomato to create a colourful, warming dish perfect for your menu in the colder months.

This Spiced Pan-fried Cornish Mackerel Fillet dish was served with braised leeks, cauliflower and thyme as the starter in Newbury College student chef team’s menu for the Grand Final of the Country Range Student Chef Challenge in March 2018.

Add a twist to a traditional quiche by utilising a korma curry paste into the mixture along with the salmon and leek.

Chicken and leek is a classic flavour combination and works really well in these Country Range Mini Party Pies. They’re perfect as an addition to a Ploughman’s Lunch platter or a winter afternoon tea, to eat in or takeaway.

Poach leeks with a mixture of Avlaki Groves Olive Oil, star anise, garlic, fennel seeds and chilli flakes gently for 30 minutes. They can be sliced up in a salad or be reheated and served with a variety of dishes.

WASTE NOT, WANT NOT The dark green portion of the leek is usually discarded because it has a tough texture. However, they can be sautéed or, more commonly, a few green leaves can be tied with bay leaf, thyme and peppercorn to form a bouquet garni – one of the foundations of French cuisine.

Charles Banks, the co-founder of @thefoodpeople, is sharing his trends for food and dining in 2021. There's a big… https://t.co/YIc4vKRos8
We're talking to cooking protégé @OmariMcQueen in this month's issue. From his time on TV to his YouTube channel, O… https://t.co/9fx52VmNSS 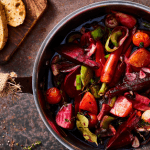 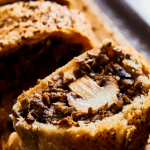 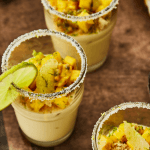