This year offers a huge opportunity to capitalise on barbecuing with the opening of beer gardens and outdoor dining areas.

As a result of lockdown and the pandemic, people are used to being outdoors. National BBQ Week, which celebrates its 25th anniversary from 2nd to 11th July, raises further awareness for barbecues with its week-long calendar of events, offering another push for the market.

Brian George, creator of National BBQ Week, who is known as The Grill Master says “As a result of the pandemic, people’s mind-sets have changed – outdoor dining is here to stay. This year is the biggest opportunity that the trade has been presented with for years. Businesses can take advantage of alfresco dining and the “pent up demand” – people have been shut in their homes and want to get out.”

So how can you make the most of barbecuing?

Barbecues are all about theatre so the more visual you can make it, the better, as it draws people in. Brian recommends that the barbecue grill, whether charcoal or gas-fired, should be the focal point of the alfresco cooking station. “Consider getting a couple of ‘smokers’ for smoking meat and fish, as well as an outdoor pizza oven,” he says. “Have the grill at the centre with the smokers and pizza oven as an “add on” – this will create additional interest.”

It’s a matter of choice whether you opt for a charcoal or gas-fired grill. “Each chef will have their own preference,” Brian says. “Charcoal can create more theatre whereas a gas grill works well for larger numbers and is more controllable.”

He points out that although restrictions may have been eased, customers may still feel apprehensive, so suggests distancing tables 2m apart – if you have the space.

Barbecues have come a long way from burnt sausages in a bap covered in ketchup. “It’s more gastro grilling now with more exotic fare such as swordfish and oysters. Oysters are easy to prepare – shuck the oyster and stick it on the grill, add marinade or a splash of tabasco,” he says.

Burgers remain a firm favourite, but be creative; Brian’s signature dish the Best Ever Burger has layers of halloumi, blue cheese, pancetta, avocado, onions, peppers, chillies, a burger patty and mayo in a brioche bun.

Fish has come into its own with tuna, shark and swordfish which can be put straight onto the grill. “Fish cooks quickly – make sure it’s well-oiled with rapeseed oil which doesn’t burn as quickly as olive oil,” says Brian.

Seabass can be placed in foil with salt, which helps to retain the moisture in the fish and exaggerate the flavour. Another option is “salt bath sardines” – sprinkle sardines with sea salt, wrap in foil and put on the grill.

Vegetarian or vegan options are in demand too in line with the continuing trend towards meat-free meals. Brian’s suggestions include asparagus drizzled with truffle olive oil and chargrilled peppers with Parmesan or vegan cheese. “Grilling fruit is another idea. Chargrill a whole pineapple, for example – no need for foil.”

Marinating barbecue food is important as it will not only give it an aromatic flavour, but also ensure it is less likely to dry out when cooked. Brian advises marinating food in a sealed plastic bag and placing in the fridge. “Leave fish for 30 minutes, meat an hour and chicken 90 minutes so that the marinade is really absorbed.” 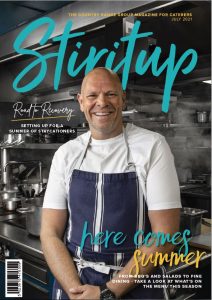 The UK eats on average 11.5 billion #sandwiches per year, Kara Bloomer Breads make for the best sandwich carrier.… https://t.co/TPeM928LCD
Use our product display next to your drink vending machine to uplift your sales @delifranceUK… https://t.co/bFnqmv3PNQ 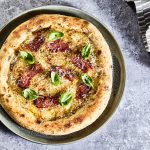 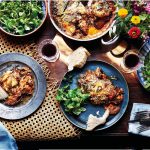