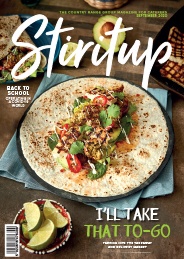 The Master Chefs of Great Britain was formed in 1980 to provide a forum for the exchange of culinary ideas and to further the profession through training and the guidance of young chefs. In addition, the association seeks to promote all that is best about British cuisine and produce. We are delighted to be working with Country Range and providing information and recipes for their Eat the Season feature.
Do look out for the entry forms for our Young Master Chef of the Year competition and information of our annual lunch. For more information on the association and the competitions and training
opportunities we provide contact masterchefs@msn.com

There is much in the news about climate change, intensive farming and the benefits of reducing the amount of meat we eat, particularly, red meat. Did you know that given the same amount of water and feed as a cow, a rabbit can produce six pounds of meat to the cow’s one? Rabbits are extremely efficient at turning their food sources into meat. That said, the rabbit farming industry remains small in the UK with a limited
number of suppliers – it is estimated that around 2-3 thousand tonnes of rabbit meat are produced each year. Double that amount is imported from China, Poland and Hungary. A white meat, rabbit is similar to chicken in texture and can be used as a replacement in quite a number of recipes. It is a meat that has a low fat ratio and is high in protein – it also provides some of those important fatty acids. Rich in important vitamins and minerals, it can provide phosphorous, potassium and calcium as well as B3 and B23 with the added benefit of being low in sodium and higher levels of Omega 3 than found in chicken and pork. That said rabbit should not be eaten in isolation as the meat is too lean to provide a balanced diet.

1. Dish out the Dijon- Mustard works beautifully to enhance the flavour of the meat in this Rabbit à la Moutarde casserole.

2. Tortellini treat- Lavender, orange and carrot add a delicate flavour profile to rabbit loin to this dish which also includes a tortellini of rabbit leg with trompette mushrooms.

4. Spice idea- For a twist on a chicken favourite, marinade a wild rabbit loin in some blended fresh lemon grass, turmeric and cumin to create a flavoursome satay dish. 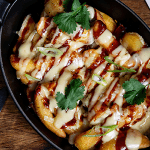 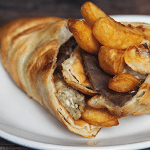