Kate White had always dreamed of opening her own café so, when the perfect venue came on the market close to her home in Felixstowe, she jumped at the opportunity of making her dream a reality.

Ditching her job in telecoms training and administration, she snapped up the property and, together with her daughter Alice, set about fulfilling their vision for The Greenhouse Café, which opened in November 2018. She explains: “I saw the empty building in February last year, three roads away from where I live. It was lovely looking, small but manageable. I peered in and thought maybe this is what I should do and, in July, I bought it!”

“My daughter Alice is much more of a foodie than I am and she gave up her job in office administration in London and moved back home to project manage the renovation.”

Coming up with a theme was easy. “We decided the time was right in Felixstowe to have something a little bit different,”continues Kate. “Vegan and vegetarian food was already huge in London but not as much so here so we thought there was room for it. We knew a lot of people with similar leanings and they were really passionate about our menu ideas.”

Bestsellers include the café’s famous ‘nossage rolls’ – meat-free sausage rolls made to a secret recipe – soups, chocolate cakes and flapjacks. A weekly special hot meal, such as shepherdless pie or sweet potato and
spinach curry also feature on the menu.

“It’s early days but so far it has been very successful and really exciting,” says Kate. “It’s been a steep learning curve but I pinch myself that we have had so many amazing comments and reviews. We’ve got a groove going now and the plant-based lifestyle ticks lots of people’s boxes. However, we still offer dairy milk as an option. Felixstowe isn’t quite ready to be fully-fledged vegan so there are plant-based milks alongside dairy milk – for those who want them. Everything else in the café is vegan. “The older generation, for example, don’t want to commit to something that is strange to them. Having said that, we have dairyfree cheese scones and they either don’t notice – or they can’t believe it. We’re doing it open-armed. We accept meat-eaters, vegans and vegetarians alike. We’re not in your face, we’re very low key. We offer a gentle introduction to plant-based eating. We’re open for people to try it and show them how nice it can be.”

Country Range Flours are used in the café’s homemade cakes, and Alice is also a big fan of the Country Range Herbs and Spices. “There are so many to choose from,” she says happily. “They’re great quality and they come in a big tub which is brilliant for us because we get through so much! We use the Country Range Dried Rosemary and Country Range Fennel Seeds in our nossage rolls.”

The mother and daughter duo are big on sustainability too, sourcing their products locally and using secondhand furniture and crockery. Customers are encouraged to borrow and return the china mugs, and
there’s a 5p surcharge for those who opt for takeaway (compostable) cups.

Kate concludes: “It’s definitely the best decision I’ve ever made. It’s been really hard work but so fulfilling. My advice to anyone thinking
about it is – go for it!”

Its hot hot hot ☀️ Checkout these Mcdougalls Iced Jelly Lollies from @PremierFoods_FS perfect for cooling down in… https://t.co/RXDtjJOic8
Who will take the title in the toughest culinary battle of National Chef of the Year history? @Craft_Guild have wh… https://t.co/1kUDTi3wpc 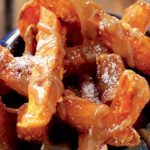 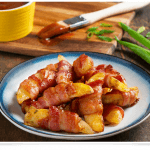 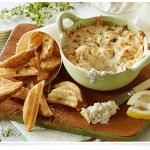