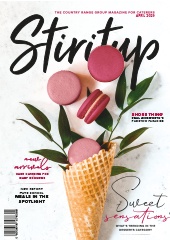 Husband and wife John and Grainne Lavery realised that a change of direction was needed and embarked on a totally new career path in the hospitality sector – with great success.
John explains: “I originally worked in the wholesale meat business supplying restaurant and contract caterers throughout Northern Ireland. After that I did quite well in property but then there was the big crash of 2007. Initially it was thought the property market would recover in six months but, two years down the line, nothing had changed so I had to make some decisions before I had no money left to do anything.”
The criteria was to start a business that was as “recession-proof” as possible, where you got cash over the counter. So John and Grainne decided to open a fish and chip restaurant but first, they needed experience of how to run one, so John worked free of charge for six months in a local chippy.

“I think circumstances and opportunities present themselves if you are smart – or desperate enough!” continues John. “I needed to get an overview of the operation of business. The people who took me on were well aware of my intentions. Fish City is very different to that operation but it enabled me to learn the basics.”

The couple were also keen to try new things. “The industry has stood still for 30 years or more and today people are still doing the same things they were doing 30 years ago. They’ve maybe added pizza or kebabs to their menu but that’s all. “If people trust us to do a good job of fried fish, they should also trust us with any other type of seafood dish too. People have a preconceived idea of what a chippy should look like but we wanted to create more of a dining experience and nice ambiance to reach out to a new market.”

The result is a stunning restaurant offering a wealth of seafood dishes from mussels in a choice of sauces to oysters, fisherman’s curry and cod tacos.  Head chef Conor Vernon uses an array of Country Range ingredients in the kitchen, including Country Range Smoked Paprika to season the salt and chilli squid, and Country Range Sweet Potato Fries.

He said: “The sweet potato fries are lovely and fluffy on the inside with a crispy exterior that doesn’t lose texture after being deep-fried, and the smoked paprika has a delicate smokiness without domineering the other flavours of the salt and chilli.”

Two years after opening, Fish City scooped the ‘Seafish’ Regional Fish and Chip Shop of the year award, and in 2018 was voted the UK’s healthiest and most sustainable fish and chip restaurant and takeaway by Seafish. They were also the first retailer in Ireland to be Marine Stewardship Council (MSC) certified, were the first Fish & Chip shop in the UK to be corporate members of MCS and are currently gold members of MCS. 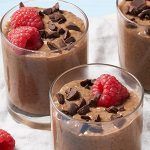 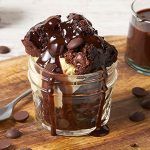 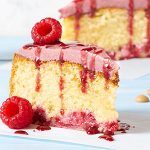