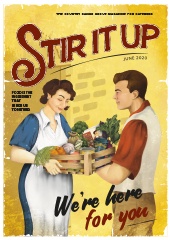 Food and beverage trends for 2020 and beyond by Sarah Edwards, director of trends at thefoodpeople

After last year’s central theme of Revolution, 2020-21 are years of ‘Securing the Future’. Momentum is growing in all areas of the food and drink industry, challenging every aspect of process, carefully examining what has been, what has been taught for decades and seeing what is fit for purpose. This new way of joined up thinking is starting at the beginning of the food chain – that of bio-diversity. According to FAO, the Food and Agriculture Organisation of the United Nations, report released last year on The State of the World Biodiversity for Food and Agriculture, of 6,000 plant species that have been cultivated for food, only nine account for 66% of total crop production, making the globe less resilient to shocks and stresses, including the effects of climate change.

The World of Faux

In this brave new world, products that have been years in development will now come to the fore. Plant-based imitations of traditional foods for both meat and fish, and the more controversial development of motherless products, made from cultured animal cells, such as Perfect Day, the first animal-free milk created from cow’s milk DNA.

The age of sober is upon us, abstaining from alcohol is now seen as positive empowerment. Mixologists are shaking up spirit free liberations and fine dining restaurants offering non-alcoholic drink tasting menus to match their gastronomy.

Cuisines which are on the rise are ones from Africa. This continent is home to 54 countries, and we’ve only just touched the edges with so much more to be discovered. Also, look out for Global Cuisine, one where there are no borders or boundaries, chefs being inspired by not having the restrictions of a particular cuisine and its rules, two chefs doing just this are Ken Oringer and Jamie Bissonette from Little Donkey in Boston.

Carbs are back on the menu, created with time, love and a huge amount of creativity, such as Weirdoughs in Melbourne, creating cube croissants which are vegan. Not only is skill returning to the kitchen, it is also combining with artistry – plating and decorating have never been so beautiful, partly down to the power of social media, as plates of food are not just a mere memory, but last forever.

Who's ready for our June Magazine ? 🤩 We are so excited to show you what we've been working on and hope you enjoy… https://t.co/mb4WYHlmtP
There's still time to celebrate @NationalBBQWeek at home this year. Check out this super tasty Asian BBQ Sauce re… https://t.co/45xp6YM9Ni 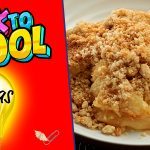 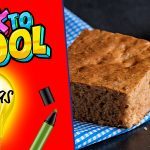 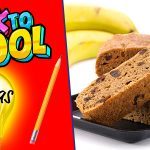