With the support of its foodservice customers, staff and business associates, Swedish bakery Almondy has raised a staggering £3,683 for its corporate charity, The Katie Piper Foundation.

The impressive figure was raised through two initiatives; the first being a week-long social media campaign in which Almondy donated £3 for every follow and retweet generated on www.twitter.com/almondycake. Customers were encouraged to take part in the activity to be in with the chance of winning signed Katie Piper books, as well as The Katie Piper Foundation and Almondy promotional items.

The amount was then bolstered further when Almondy MD, Andrew Ely, put his foot to the pedal, taking part in the RideLondon – Surrey 100 cycle ride with his son Matt. Raising more than £1,600 in sponsorship, it was this triumphant total that kept the pair going during the gruelling 100 mile course which took in famous London landmarks as well as Surrey’s stunning countryside.

Andrew comments: “The Katie Piper Foundation has been our nominated charity for some time now and we are thrilled to be handing over a cheque for such an amazing amount. I would like to thank all of our customers who got behind our Twitter campaign as well as our friends and colleagues who supported Matt and myself on our cycle ride. Together we’ve been able to raise an incredible amount which I know will assist the Foundation in continuing the valuable work it does to help people with burns and scars recover and rebuild their lives.”

Katie Piper, commented: “I am so grateful for Almondy’s incredible on-going support of The Katie Piper Foundation and the funds raised will help in all that we do to support those with burns and traumatic scarring.”

The Katie Piper Foundation launched in 2009 with the aim of delivering a gold standard of rehabilitation and scar management for burn survivors. 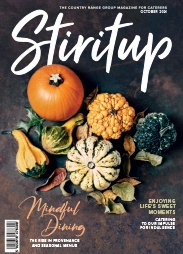